Kristin Melville, Executive Director at the WCA Foundation presented Gabriella Chudy with the 2022 Murray S. Marsh Outstanding Student Award at UPMC Chautauqua Medical Laboratory Science Program graduation ceremonies on June 15. Ms. Chudy earned a BS in Medical Technology from SUNY Fredonia. She was presented an award of $500. The Murray S. Marsh Scholarship Fund was established in 1994 in honor of Mr. Marsh’s retirement as CEO of WCA Hospital, now UPMC Chautauqua. The scholarship award is given to outstanding students graduating from UPMC Chautauqua School of Medical Laboratory Science Program and UPMC Chautauqua School of Radiology Program. Faderera Oyedele received the 2022 Murray S. Marsh Outstanding Student Award of $500 presented at the School of Radiology’s graduation ceremony on June 10.  After Marsh’s death in 2015, the endowment has grown and continues to honor his namesake.

To contribute to the Murray S. Marsh Scholarship Fund or to establish an endowed fund in the name of an individual, please contact: Kristin Melville at the WCA Foundation, at melvillek@upmc.edu or 716-664-8665. The WCA Foundation celebrates 40 years of supporting education, medical equipment, and programs at UPMC Chautauqua. All contributions are restricted to the citizens of Chautauqua County.

Dr. Gosain is a graduate of University of Waterloo, Waterloo, ON, Canada in Computer Engineering. He pursued a Doctor of Medicine at Saba University of Medicine, Saba, WI. He completed his Intern Medicine Residency at Sinai Hospital of Baltimore/Johns Hopkins University School of Medicine; and fellowship, Hematology Oncology Fellowship at Roswell Park Cancer Institute/University at Buffalo. He is a member of honorary and professional societies and has received notable honors and awards. He has authored medical publications and articles on the treatment of cancer, immunotherapy, among others. Dr. Gosain is continuing his education to advance his career at the Johns Hopkins Carey Business School in their Master of Business Administration program. Gosain said, “Becoming a part of the WCA Foundation will truly complete my role as a physician and member of the community.” 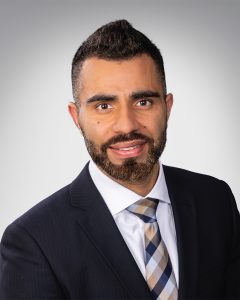 John A. “Chip” Johnson, Jr. is a life-long resident of Jamestown and known to families in the area as a trusted advisor in funeral planning. Johnson completed an Associate of Applied Science in Mortuary Science at the State University of New York at Canton earning licensure as a NYS Funeral Director. He is affiliated with local organizations including the Jamestown Lions Club, Chautauqua Sports Hall of Fame, Babe Ruth World Series, Chautauqua County Baseball Umpires, and membership with the national, state, and Chautauqua County Funeral Directors Association. He is a member of the First Covenant Church. Johnson said, “It is an honor to join the WCA Foundation Board of Directors. Having lived and worked here my entire life, I have a vested interest in the healthcare of our community.” 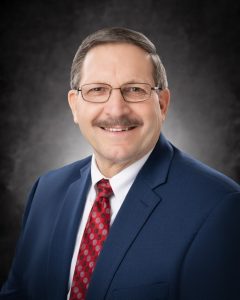 The WCA Foundation was founded in 1983 through endowments to support patient care at WCA Hospital, and now UPMC Chautauqua. To date, $10M has been allocated to the hospital for vital equipment, patient care, and staff scholarships. Executive Director, Kristin Melville said, “We are honored to have outstanding representation of the community as part of our board leadership. It will be important as we embark on the future of rural healthcare to remain steadfast to our mission to support healthcare initiatives at UPMC Chautauqua.”

LINKS Charity Golf Tournament is saying it’s last farewell to 30 years of great fun, support, friendships, and fundraising. “It’s been a spectacular ride,” stated Peter Sullivan Co-Chair to the event. “We were able to raise over $158,000 in support of local cancer care at UPMC Chautauqua, which brought the total to over 1.8 million in the past 30 years. This last year proved just how important the tournament has been to everyone in the community. While we were able to produce a great event, it wouldn’t have been possible without our sponsors, friends and family of LINKS. We want to give out one last clink of our glass and toast all of those who participated in LINKS over the years. Your dedication and commitment has proven that we can do anything we set our minds to: TO SUPPORT LOCAL CANCER CARE!”

“We are so happy our sponsors came together, our players, our LPGA Pros and Legends, and our families to unite this legendary tournament that started with a vision of Sondra Anderson and Mary Blair and executing it with Allen Shorts commitment along with his wife Elaine the first years and the last with Brad VanRiper’s building it beyond the expectations. We couldn’t be more proud of the accomplishments they achieved for local cancer care supporting over 1.8 million dollars to UPMC Chautauqua. They have saved many lives over the years with the state-of -the-art equipment and early diagnostic testing. LINKS Charity will continue it’s legacy of supporting local cancer care needs through an endowment fund at WCA Foundation,” stated Megan Barone, Director of Development, UPMC Chautauqua.

The WCA Foundation Board of Directors has announced the hire of Kristin Melville as the Foundation’s executive director. Melville, a Jamestown native, has over a decade of experience in fundraising and executive leadership.

Melville is a graduate of the State University College at Fredonia and Jamestown Community College. She received advanced fundraising training in Major Gifts, Planned Giving, and Capital Campaigns through the Veritus Group, a national fundraising consultancy for fundraising executives.

Melville has worked as the director of philanthropy in the healthcare industry in Maine where she led successful fundraising campaigns in the completion of capital and annual funds resulting in $50M in fundraising revenues. She recently completed the initial campaign work for a new hospice administration and bereavement center in southern Maine. She served as the Director of Development and Community Relations at Androscoggin Home Healthcare + Hospice; Hospice of Southern Maine; The Salvation Army – Northern New England Division; and senior leadership positions at Maine Health hospitals.

She is an accomplished writer in healthcare philanthropy and business publications. As a consultant, she has conducted training in donor solicitation, capital campaign assessments, annual campaigns, and donor recognition.

She is a former mentor with Senator Olympia Snow’s Women’s Leadership Institute; a member of the Maine Women’s Fund; Planned Giving Council of Maine; Association of Fundraising Professionals; National Hospice and Palliative Care Association; National Council on Planned Giving; and the New England Association of Healthcare Philanthropy. Melville said, “I am delighted to return to my hometown and to support the healthcare needs of communities in Chautauqua County. The WCA Foundation’s philanthropic support has improved healthcare through the purchase of vital medical equipment and healthcare services at the University of Pittsburg Medical Center Chautauqua (UPMC) supporting patient care close to home. Caring for patients where they live is important for both patients and their families. Patients have much better health outcomes when they receive expert care close to home.  I grew up in Jamestown. My mother was a surgical nurse at WCA Hospital for 30 years and my dad was a Jamestown Police officer. Both knew the importance of living and working in the community they cherished.”

James Pullen, Jr., Board President said, “The WCA Foundation Board is pleased to welcome Kristin. Her extensive experience in fundraising, executive leadership and knowledge of the community will benefit patient care. We look forward to her leadership, especially at a time when philanthropic support is needed the most.”

Melville will reside in Jamestown with her husband, a retired civil service administrator.  Melville began the position on October 11.

The WCA Foundation is a 501 c3 not-for-profit supporting foundation to UPMC Chautauqua. It is independent from the hospital. All donations to the Foundation stay in Jamestown, as well as grant awards to the hospital. FMI: Visit wcafoudationjamestown.org. Offices are located at 51 Glasgow Avenue, Bldg. F, PO Box 840, Jamestown, NY 14701-0840.

In honor of Breast Cancer Awareness Month, Cummins employees donated $8,000 through the proceeds of  a gift basket raffle.  Proceeds from the event  will benefit patients receiving treatment for breast cancer. Since 2017, Cummins employees have supported breast cancer patients at UPMC Chautauqua. Employees from all shifts donate items for the baskets and sell raffle tickets.

Employees of the WNYDDSO – Ellington donated a gift of $100 to the Shades of Pink Fund that supports patients in treatment for breast cancer.

Dianne Courtney- Freeman, Director of Mammography at UPMC Chautauqua was part of Runnings Breast Cancer Awareness Event. As an educator, Dianne was available to talk with the public about prevention and the importance of annual mammograms.

Anne Sischo, founder of the Shades of Pink Fund at the WCA Foundation encouraged many Running’s shoppers to make a donation to the fund. The Shades of Pink Fund assists underserved women to receive mammograms and helps to support navigator certification. In addition, the fund supports the purchase of vital medical equipment and treatment for breast cancer at UPMC Chautauqua.