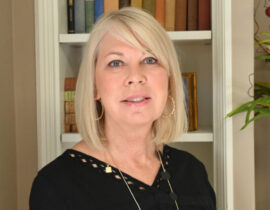 Meet Kristin Melville, WCA Foundation's executive director. Melville, a Jamestown native, has over a decade of experience in fundraising and executive leadership.

Melville is a graduate of the State University College at Fredonia and Jamestown Community College. She received advanced fundraising training in Major Gifts, Planned Giving, and Capital Campaigns through the Veritus Group, a national fundraising consultancy for fundraising executives.

Melville has worked as the director of philanthropy in the healthcare industry in Maine where she led successful fundraising campaigns in the completion of capital and annual funds resulting in $50M in fundraising revenues. She recently completed the initial campaign work for a new hospice administration and bereavement center in southern Maine. She served as the Director of Development and Community Relations at Androscoggin Home Healthcare + Hospice; Hospice of Southern Maine; The Salvation Army – Northern New England Division; and senior leadership positions at Maine Health hospitals.

She is an accomplished writer in healthcare philanthropy and business publications. As a consultant, she has conducted training in donor solicitation, capital campaign assessments, annual campaigns, and donor recognition.

The WCA Foundation is a 501 c3 not-for-profit supporting foundation to UPMC Chautauqua. It is independent from the hospital. All donations to the Foundation stay in Jamestown, as well as grant awards to the hospital. Offices are located at 51 Glasgow Avenue, Bldg. F, PO Box 840, Jamestown, NY 14701-0840.